The Changing Face of European Labour Law and Social Policy

indgår i serie Studies in Employment and Social Policy 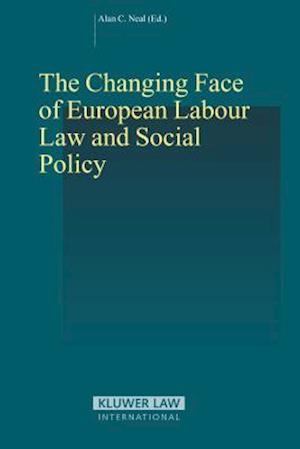 In the realm of European employment law, tension exists between the concepts of economic policy and social policy. During recent years, a growing tendency to emphasize the economic at the expense of the social can be discerned. What this trend gives us in the views of the leading figures in the field of European labour law and social policy whose considered analyses are presented in this volume is a regime of grand declarations about workers rights, but with extremely limited enforcement potential., i>The Changing Face of European Labour Law and Social Policy presents some of the papers given at a series of colloquia sponsored by the Employment Law Research Unit at the University of Warwick in early 2002. In its assessment of the forces at work in European employment law today, these commentaries examine significant initiatives and issues, including: problems arising in the context of the Nice Charter; delivering equality at the workplace under the new EU legal framework; the crisis facing workers participation in practice; the prospects for trans-national collective bargaining; employment-related aspects of human rights under the ECHR; and, attempts to establish effective protections in relation to the working environment. Invaluable appendices include a report, as presented by the late Marco Biagi, of a high level group on reform of the European labour market; the text of the Social Policy Agenda, as approved at the Nice Summit of 2000; and the Commission s scoreboard on the implementation of the Social Agenda as of 2002.