The Changing Contract across Generations 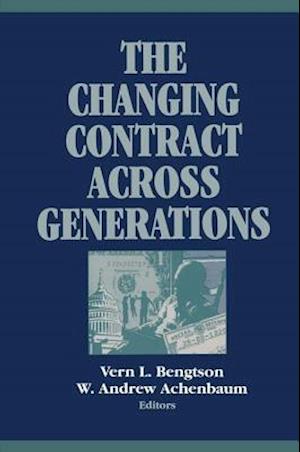 Generational conflict has attracted considerable attention in the media and within academic circles during the past decade. At the center of this collection of papers analyzing various facets of that conflict lie complex issues of generational equity - issues that will remain important for the framing of public policy during the 1990s, What do the young and the middle-aged owe the elderly? In discharging that debt, to what extent are they able to provide for their own old age in a climate of changing notions of welfare? What light do the longer perspectives of history shed on these issues? What role do kinship, gender, and economic status play?The papers commissioned by Bengtson and Achenbaum are intended to give greater analytic rigor to current debates. The volume is interdisciplinary not only by theoretical intent but by the practical imperatives of gerontology. More than a dozen sociologists, economists, historians, demographers, and policy analysts discuss the meanings and ambiguities that are inherent in terms such as "generation," "equity," "compact," "contract," and "conflict," in order to assess how relations between the age groups seem to vary from one sociohistorical context to the next.This distinguished group of contributors raises comparative issues throughout, assessing variations in generational ties by gender, race, class, and geographic location. Several project the extent to which recent changes in the political economy, public philosophy, and demographic structure of most "modern" societies presage greater conflicts, or greater consensus, in family members' relationships and social ties.