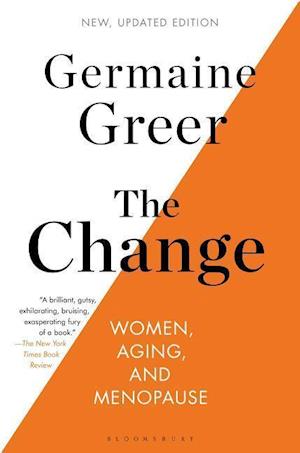 A quarter of a century after the first publication of Germaine Greer's now canonical look at women's experience later in life, the renowned feminist and prolific author updates and expands her essential book, The Change.

Despite improvements over the last few years, discussions about menopause are still hampered by a huge variance in conventional wisdom about what happens, when it happens, when it can be said to be over, and how to deal with it. After decades, the same misinformation and ineffective methods are still being widely touted and proliferating at an alarming rate due to the rise of the Internet. In this updated edition of her groundbreaking book, Greer debunks stubborn myths and presents a vital new perspective on the emotional and physical changes--including up-to-date medical details--women face today when they go through what's known as "the change."

Greer also addresses cultural changes that surround female aging today, launching a clear and necessary protest against the notion that women should shrink into the background as they grow older. She argues that menopause marks the point in a woman's life when she should be able to stop apologizing and bask in the freedom and joy that come with her later years. Witty, wise, and timely, this new edition of The Change offers a crucial twenty-first-century guide to the change that every woman faces.