- A Companion to Zen Practice 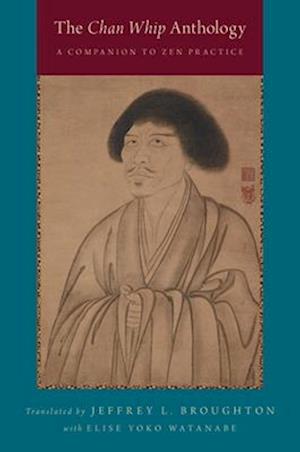 Jeffrey L. Broughton offers an annotated translation of the Whip for Spurring Students Onward Through the Chan Barrier Checkpoints (Changuan cejin), which he abbreviates to Chan Whip. This anthology, compiled by Yunqi Zhuhong (1535-1615), has served as a Chan handbook in both China and Japan since its publication in 1600. To characterize the Chan Whip as late Ming Chan is inaccuratein fact, it is a survey of virtually the entirety of Chanliterature, running from the late 800s (Tang dynasty) to about 1600 (late Ming). The Chan extracts, the bulk of the book, are followed by a short section of extracts from Buddhist canonical works (showing Zhuhongs adherence to the convergence of Chan and the teachings). The Chan extracts deliberately eschew abstract discussionsof theory in favor of autobiographical narratives, anecdotal sketches, exhortations, sermons, sayings, and letters that deal very franklysometimes humorouslywith the concrete ups and downs of lived practice. Recent decades have seen the publication in English of a number of handbooks on Zen practice by contemporary East Asian masters. The Chan Whip, though 400 years old, is as invaluable to todays practitioners as these modern works. The scholarly literature on Chan until now has focused on the Tang and Song dynastiesby giving us in addition the sayings of Yuan- and Ming-dynasty masters this translation fills a gap in that literature.

Forfattere
Bibliotekernes beskrivelse Jeffrey Broughton offers an annotated translation of the Whip for Spurring Students Onward Through the Chan Barrier Checkpoints (abbreviated as Chan Whip). It is a classic of Chan (Zen) Buddhism that has served as a Chan handbook in both China and Japan since its publication in 1600.