The Chambered Cairns of the Central Highlands

- An Inventory of the Structures and Their Contents 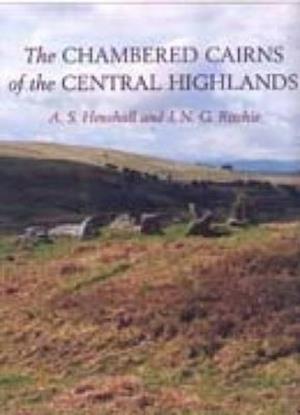 Chambered cairns are the earliest architectural achievement of the peoples of Scotland. The cairns are more complex structures than generally recognised and are also the principal evidence of the earliest agricultural communities in the land. Among the numerous chambered cairns of the Central Highlands are some of the finest examples of such monuments in Scotland. In particular this area saw two traditions of tomb-building and thus provides additional insights for elucidating developments during the neolithic period. In this comprehensive and fully illustrated volume the burial monuments of the early inhabitants of the Central Highlands of Scotland are examined and the surviving remains are described, offering an indispensable reference source for the neolithic period in this area of Scotland. The Chambered Cairns of the Central Highlands describes and discusses in detail the monuments in Ross and Cromarty and Inverness-shire. An Inventory provides up to date plans and descriptions of the individual monuments. A final chapter draws together all the information from the several hundred chambered cairns in Northern Scotland, gathered during five decades of field survey.This book is an important landmark in the study of chambered cairns in both Scotland and Europe.