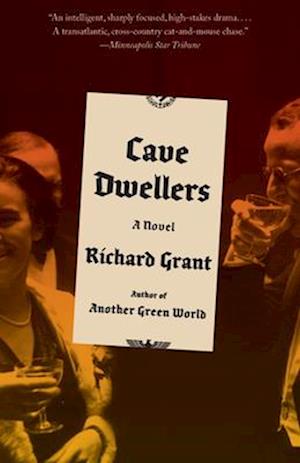 In late 1937, a young German lieutenant, Oskar Langweil, is recruited to help overthrow Adolf Hitler. An exiled childhood friend introduces him to Lena, another expat and an avowed Socialist, and they contrive to pose as husband and wife to cross the Atlantic aboard a cruise ship crowded with Nazis. But once at sea they become entangled with the feckless son of a U.S. senator, as well as the mysterious SS officer assigned to watch over him, and after docking in Bremerhaven their luck lurches from bad to worse. Now, along with these unexpected companions, they become prey in a manhunt that drives them through the Third Reich--Oskar cut off from his circle of resistance and constantly re-evaluating whom he can trust. From the sordid cabarets of Berlin to glittering parties in Washington, D.C., from the slums of Kreuzberg to a remote Alpine lodge, Richard Grant populates a world on the brink of disappearing with a cast that also includes an evil genius of Nazism, a White Russian princess, a stage artist vampire, an aging brigadier, and a disgraced journalist. A tour de force of historical espionage, Cave Dwellers is a suspenseful, darkly comic, and exhilarating novel in which everyone is playing for the highest stakes imaginable.