The Cathedral of Pisa

- Peroni, A: Cathedral of Pisa 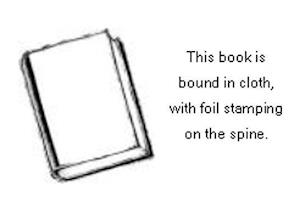 In the eleventh century the architect Buscheto built the most important Romanesque cathedral in Europe, the Cathedral of Pisa: an extraordinarily beautiful building that was an expression of the immense economic power of the maritime republic. Completely sheathed in white marble, much of which was recovered from Roman buildings, The Cathedral of Pisa reveals the splendour of a thousand years of artistic history: the mosaics by Cimabue, the tomb of the emperor Henry VII by Tino di Camaino, the pulpit by Giovanni Pisano. Over two thousand photographs as well as essays and copious critical notes document the richness and complexity of a unique monument in Italian art. This work includes texts by A. Ambrosini, C. Baracchini, C. Casini, R. Coroneo, A. Milone, C. Nenci, R. P. Novello, A. Peroni, S. Settis, and G. Tedeschi Grisanti. It contains photographs by A. Angeli, A. Corsini, G. Martellucci, and A. Mela. "Mirabilia Italia" is a unique series.It owes its existence to an innovative and ambitious project: an atlas of the great monuments of Italy that will display them in all their details, from the best known to the least. This series represents a completely new way of documenting art."Mirabilia Italia" provides a guided tour of each monument, fully and accurately explained. Each atlas contains hundreds of colour photographs, arranged in a precise topographical sequence and accompanied by diagrams showing the exact location of each detail. The atlas is complemented by a volume of texts edited by the premier scholars in the field, consisting of critical essays and descriptive notes. Essays examine the monument from the art-historical point of view, and record the alterations it has undergone over time. Descriptive notes analyse the content and significance of the images. Extensive cross-references link the essays and notes to the images, facilitating consultation of the work.The General Editor of "Mirabilia Italia" is Salvatore Settis, Director of the Scuola Normale Superiore in Pisa.

Forfattere
Bibliotekernes beskrivelse The complete illustrated history of one of Italy's most famous monuments. Text in English and Italian/ 3 Hardbacks 2332 col