Critically Examining the Case Against the 1998 Human Rights Act 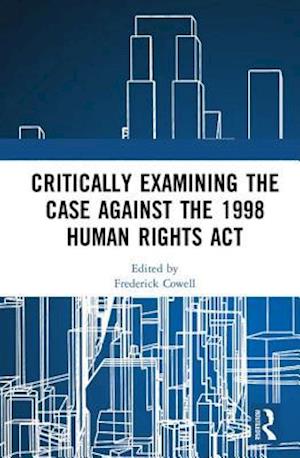 Since its inception in 1998 the Human Rights Act (HRA) has come in for a wide variety of criticism on legal, constitutional, political and cultural grounds. More recently, this criticism escalated significantly as politicians have seriously considered proposals for its abolition. This book examines the main arguments against the HRA and the issues which have led to public hostility against the protection of human rights. The first part of the book looks at the legal structures and constitutional aspects of the case against the HRA, including the criticism that the HRA is undemocratic and is used by judges to subvert the will of parliament. The second part of the book looks at specific issues, such as immigration and terrorism, where cases involving the HRA have triggered broader public concerns about the protection of human rights. The final section of this book looks at some of the structural issues that have generated hostility to the HRA, such as media coverage and the perception of the legal profession. This book aims to unpick the complex climate of hostility that the HRA has faced and examine the social, political and legal forces that continue to inform the case against the HRA.