The Cartulary and Charters of the Priory of Sain - Part II: The Charters 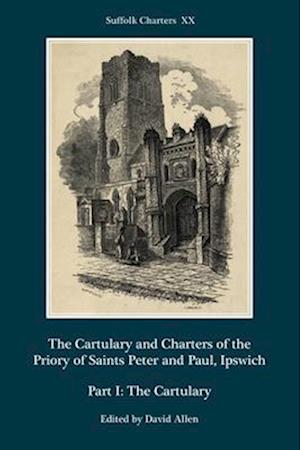 The charters and other documents recorded in the thirteenth-century Cartulary of the Augustinian priory of Sts Peter and Paul, Ipswich, donated to the public library of Lexington, Kentucky, in 1806, and purchased for Ipswich Record Office in 1970, throw light on an institution whose early history was mostly shrouded in obscurity. They are an important source for the study both of the expansion of the priory estates and the consolidation of its holdings by the gift or purchase of adjoining parcels of land in common fields, and a mine of information for the student of place-names. Light is thrown on various aspects of the life of the house, extensions to its buildings, and the steps taken to safeguard its assets from predation. Included in it are various manorial documents and estate surveys of the late thirteenth century, the originals of which almost certainly did not survive the Peasants' Revolt a century later. Evidence is also present for the local family of the de Badeles as the priory's founding patrons. This first volume of two presents the Priory's Cartulary, with introduction and notes. DAVID ALLEN was archivist in the Suffolk Record Office for over thirty years. He has also produced, among other works, Ipswich Borough Archives, 1255-1835: A Catalogue (Suffolk Records Society 43).