The Carolingian Renaissance and the Idea of Kingship 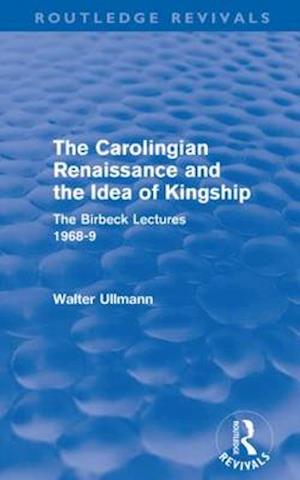 In his Birkbeck Lectures, first published in 1969, Professor Ullmann throws new light on a familiar subject. He shows that the Carolingian renaissance had a wider and deeper meaning than has often been thought, especially in its political and ideological aspects. Displaying his mastery of both primary and secondary sources, Professor Ullmann presents an integrated history. He shows an epoch which holds a key to the better understanding not only of the subsequent medieval centuries, but also of modern Europe. This book opened new vistas in political, ideological and social history as well as in historical theology and jurisprudence and showed how relevant knowledge of the past is for the understanding of the present.