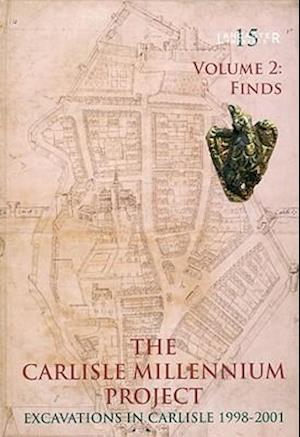 From 1997 to 2001, works associated with Carlisle City Council's Gateway City (Millennium) Project on castle Way and Castle Gardens provided an important opportunity to conduct a programme of archaeological excavations on the site of the Roman fort at Carlisle, and to examine the development of part of the medieval castle, which occupies most of the fort site. Five main areas were investigated prior to the construction of the Castle Way (Irish Gate) footbridge and the Millennium Gallery and underpass, in what was the largest archaeological excavation undertaken in Carlisle since the early 1800s. The results of the work will greatly enhance understanding of the development of the fort during the Roman period, and of Carlisle's role in the origins and development of the Tyne-Solway frontier system. Important evidence for occupation within the medieval castle's outer ward was also recovered, and the large ditch separating the castle from the city was investigated. Waterlogging of the lower levels resulted in exceptional preservation of organic materials, which rarely survive on archaeological sites in Britain. These included the remains of numerous wooden buildings and other structures within two superimposed timber forts of the late first- to mid-second century AD, a multiplicity of wooden and leather artefacts of Roman and medieval date, and a wealth of environmental information. Volume 2 presents detailed evidence of the artefacts and ecofacts from the site. It draws together the many reports produced by specialist researchers into a synthesis and discussion. This sheds light on day-to-day activity in and about both the Roman forts and medieval outer ward of the castle and illustrates the lives of those who built and inhabited the buildings within them. Much of the detailed project data have been compiled into a third, digital, volume; this takes the form of a DVD accompanying this book.