The Capital Asset Pricing Model in the 21st Century 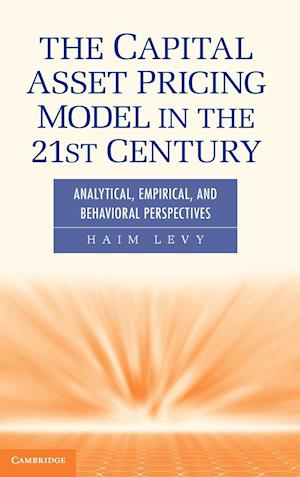 The Capital Asset Pricing Model (CAPM) and the mean-variance (M-V) rule, which are based on classic expected utility theory, have been heavily criticized theoretically and empirically. The advent of behavioral economics, prospect theory and other psychology-minded approaches in finance challenges the rational investor model from which CAPM and M-V derive. Haim Levy argues that the tension between the classic financial models and behavioral economics approaches is more apparent than real. This book aims to relax the tension between the two paradigms. Specifically, Professor Levy shows that although behavioral economics contradicts aspects of expected utility theory, CAPM and M-V are intact in both expected utility theory and cumulative prospect theory frameworks. There is furthermore no evidence to reject CAPM empirically when ex-ante parameters are employed. Professionals may thus comfortably teach and use CAPM and behavioral economics or cumulative prospect theory as coexisting paradigms.

Forfattere
Bibliotekernes beskrivelse Behavioral economics and the classical models in finance, such as the Capital Asset Pricing Model (CAPM), seemingly contradict each other. This tension is particularly strong for professors who teach both the CAPM and behavioral finance. This book bridges prospect theory and the classical models in finance to show that there is no contradiction between them. 32 Tables, unspecified; 63 Line drawings, unspecified