The Canterville Ghost and Other Stories 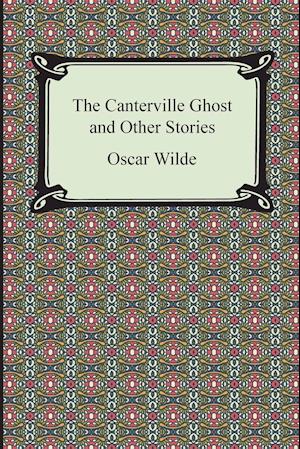 Britain's most popular nineteenth century playwright Oscar Wilde was born in Ireland in 1854. He dabbled in several different forms of writing, as is exemplified in his best known work, the novel entitled "The Picture of Dorian Gray." He also wrote in the form of short fiction stories, like "The Canterville Ghost." In this tale, a family of proud Americans come into possession of a historic English mansion. However, the mansion is haunted by murderous ghost who despises the Americans. Yet the more the ghost tries to scare them away, the less they are afraid. Instead, they turn to cleaning products and other methods to get rid of the mess that the ghost continually makes over time. While being highly entertaining and comical, the story is also a social commentary on both Americans and the British. The Americans act boorish and unnerved by the ghost and instead view him as a pest which is trying to disrupt their idyllic country life. The ghost, however, wants to preserve his legacy as the terrifying ghost, but is instead batted down by the uninterested Americans. This story, combined with four other short tales as well as six poems, create the enjoyable collection of "The Canterville Ghost and Other Stories."