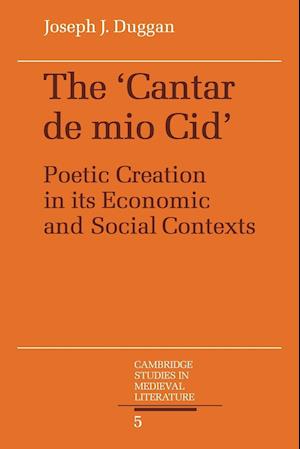 In this study, Joseph Duggan interprets the Cantar de mio Cid as a work that transmutes moral values first into the economic values of a gift economy, then into genealogical values. Considering the poem's distortions of history more significant than its retention of historical features, Duggan ascribes its depiction of the penurious hero who acquires wealth, power, and kinship alliances to the Castilian monarchy's preoccupations with furthering the victory of Las Navas de Tolosa. He maintains that the Cantar de mio Cid was composed around the year 1200 in substantially the form in which we have it now, in the course of a singer's performance. Arguing against a number of tendencies in Cid scholarship, Professor Duggan denies the necessity of assuming that the poet was a man of learning, that he was directly influenced by French literature, or that he was familiar with written law.