The Rise of Labour and the Fall of Empire 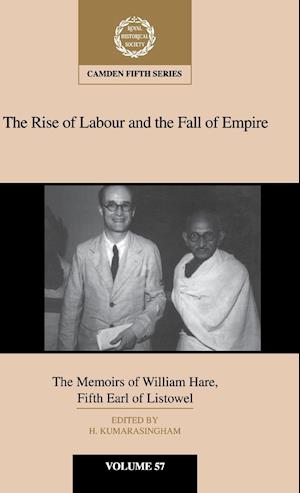 William Francis Hare (1906-1997), fifth Earl of Listowel, witnessed some of the most remarkable events in twentieth-century British history. Joining a small band of Labour supporters in the House of Lords in 1932 and later holding senior ministerial posts under Attlee he was at the forefront of Labour politics for over sixty years. Upon his death in 1997 he was the longest serving member of both the House of Lords and the Privy Council. Devoted to social democracy, 'Billy' Listowel was often a critical activist, including during the fall of Republican Spain, and as an eye witness on the calamitous road to the Second World War. His role as the last Secretary of State for India and Burma put him at the centre of the climactic end of Britain's Indian Empire and subsequent decolonisation. This volume presents his memoirs, charting the Rise of Labour and the Fall of Empire.

Forfattere
Bibliotekernes beskrivelse At the time of his death, William Francis Hare (1906-1997), fifth Earl of Listowel, was the longest serving member of the House of Lords and the Privy Council. His career, recorded through these memoirs, both witnessed and influenced some of the most remarkable events in twentieth-century British history. Worked examples or Exercises