The Cambridge Introduction to Franz Kafka 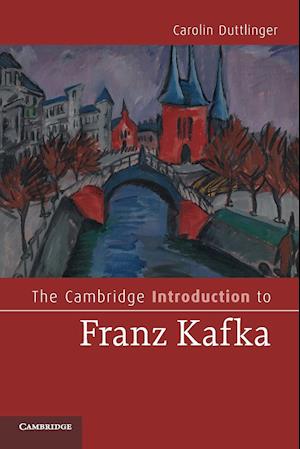 This book examines knowledge traditions that held together the fluid and overlapping maritime worlds of the Indian Ocean in the premodern period, as evident in the material and archaeological record. It breaks new ground by shifting the focus from studying cross-pollination of ideas from textual sources to identifying this exchange of ideas in archaeological and historical documentation. The themes covered in the book include conceptualization of the seas and maritime landscapes in Sanskrit, Arabic and Chinese narratives; materiality of knowledge production as indicated in the archaeological record of communities where writing on stone first appears; and anchoring the coasts, not only through an understanding of littoral shrines and ritual landscapes, but also by an analysis of religious imagery on coins, more so at the time of the introduction of new religions such as Islam in the Indian Ocean around the eighth century. This volume will be of great interest to researchers and scholars of archaeology, anthropology, museum and heritage studies, Indian Ocean studies, maritime studies, South and Southeast Asian studies, religious studies and cultural studies. Franz Kafka (1883-1924) is one of the most influential of modern authors, whose darkly fascinating novels and stories - where themes such as power, punishment and alienation loom large - have become emblematic of modern life. This Introduction offers a clear and accessible account of Kafka's life, work and literary influence and overturns many myths surrounding them. His texts are in fact far more engaging, diverse, light-hearted and ironic than is commonly suggested by cliches of 'the Kafkaesque'. And, once explored in detail, they are less difficult and impenetrable than is often assumed. Through close analysis of their style, imagery and narrative perspective, Carolin Duttlinger aims to give readers the confidence to (re-)discover Kafka's works without constant recourse to the mantras of critical orthodoxy. In addition, she situates Kafka's texts within their wider cultural, historical and political contexts illustrating how they respond to the concerns of their age, and of our own.