The Cambridge Illustrated History of China 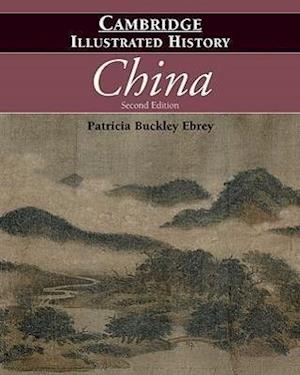 More populous than any other country on earth, China also occupies a unique place in our modern world for the continuity of its history and culture. In this sumptuously illustrated single-volume history, now in its second edition, noted historian Patricia Buckley Ebrey traces the origins of Chinese culture from prehistoric times to the present. She follows its development from the rise of Confucianism, Buddhism, and the great imperial dynasties to the Mongol, Manchu, and Western intrusions and the modern communist state. Her scope is phenomenal - embracing Chinese arts, culture, economics, society and its treatment of women, foreign policy, emigration, and politics, including the key uprisings of 1919 and 1989 in Tiananmen Square. Both a comprehensive introduction to an extraordinary civilization and an expert exploration of the continuities and disjunctures of Chinese history, Professor Ebrey's book has become an indispensable guide to China past and present. This second edition includes a new chapter on China's recent opening to the world and a fully revised guide to further reading.