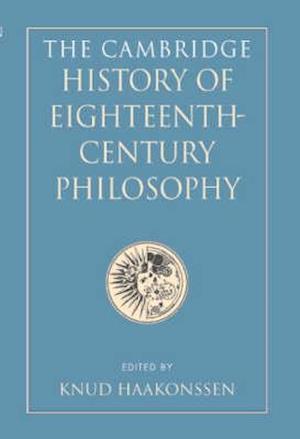 More than thirty eminent scholars from nine different countries have contributed to The Cambridge History of Eighteenth-Century Philosophy - the most comprehensive and up-to-date history of the subject available in English. During the eighteenth century, the dominant concept in philosophy was human nature, and so it is around this concept that the work is centered. This allows the contributors to offer both detailed explorations of the epistemological, metaphysical and ethical themes that continue to stand at the forefront of philosophy, and to voice a critical attitude to the historiography behind this emphasis in philosophical thought. At the same time due sensitivity is paid to historical context with particular emphasis on the connections between philosophy, science and theology. This judiciously balanced, systematic and comprehensive account of the whole of Western philosophy in the period will be an invaluable resource for philosophers, intellectual historians, theologians, political theorists, historians of science and literary scholars.

Forfattere
Bibliotekernes beskrivelse Over thirty eminent scholars have contributed to The Cambridge History of Eighteenth-Century Philosophy - the most comprehensive history of the subject available in English. 2 Items Contains 2 Hardbacks