The Cambridge Companion to Moliere 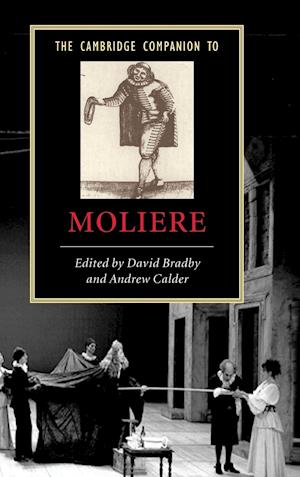 A detailed introduction to Moliere and his plays, this Companion evokes his own theatrical career, his theatres, patrons, the performers and theatre staff with whom he worked, and the various publics he and his troupes entertained with such success. It looks at his particular brands of comedy and satire. L'Ecole des femmes, Le Tartuffe, Dom Juan, Le Misanthrope, L'Avare and Les Femmes savantes are examined from a variety of different viewpoints, and through the eyes of different ages and cultures. The comedies-ballets, a genre invented by Moliere and his collaborators, are re-instated to the central position which they held in his oeuvre in Moliere's own lifetime; his two masterpieces in this genre, Le Bourgeois gentilhomme and Le Malade imaginaire, have chapters to themselves. Finally, the Companion looks at modern directors' theatre, exploring the central role played by productions of his work in successive 'revolutions' in the dramatic arts in France.

Forfattere
Bibliotekernes beskrivelse A broad and detailed introduction to Moliere and his plays, this Companion examines Moliere's life and career, his theatres, comedy and satire in his plays, and his innovative comedies-ballets. 19 Halftones, unspecified