The Cambridge Companion to August Strindberg 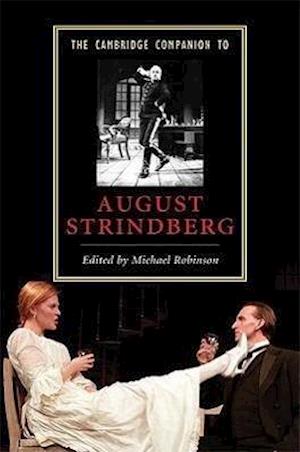 August Strindberg is one of the most enduring of nineteenth-century dramatists, and is also an internationally recognised novelist, autobiographer, and painter. This Companion presents contributions by leading international scholars on different aspects of Strindberg's highly colourful life and work. The essays focus primarily on his most celebrated plays; these include the Naturalist Dramas, The Father and Miss Julie; the experimental dramas with which he created a true modernist theatre - To Damascus and A Dream Play; and the Chamber Plays of 1908 which, like so much of his work, exerted a powerful influence on much later twentieth-century drama. His plays are contextualised for what they contribute both to the history of drama and developments in theatre practice, and other essays clarify the enormous importance to these dramas of his other work, most notably the autobiographical novel Inferno, and his lifelong interest in science, the occult, sexual politics, and the visual arts.

Forfattere
Bibliotekernes beskrivelse Leading international scholars address the highly colourful life and work of August Strindberg, one of the most enduring of nineteenth-century dramatists. Focussing mainly on his most frequently-performed plays, the Companion also discusses his novels, including the vivid Inferno, his much-publicised hostility to women and his lifelong interest in the occult. 10 Halftones, unspecified