The Cambridge Companion to American Novelists

- The Cambridge Companion to American Novelists 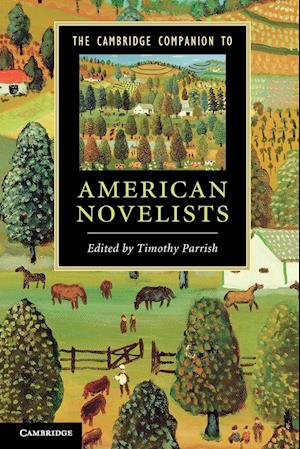 This Companion examines the full range and vigor of the American novel. From the American exceptionalism of James Fenimore Cooper to the apocalyptic post-Americanism of Cormac McCarthy, these newly commissioned essays from leading scholars and critics chronicle the major aesthetic innovations that have shaped the American novel over the past two centuries. The essays evaluate the work, life and legacy of influential American novelists including Melville, Twain, James, Wharton, Cather, Faulkner, Ellison, Pynchon and Morrison, while situating them within the context of their literary predecessors and successors. The volume also highlights less familiar, though equally significant writers such as Theodore Dreiser and Djuna Barnes, providing a balanced and wide-ranging survey of use to students, teachers and general readers of American literature.

Forfattere
Bibliotekernes beskrivelse This volume provides newly commissioned essays from leading scholars and critics on the social and cultural history of the novel in America. It explores the work of the most influential American novelists of the past 200 years, including Melville, Twain, James, Wharton, Cather, Faulkner, Ellison, Pynchon and Morrison.