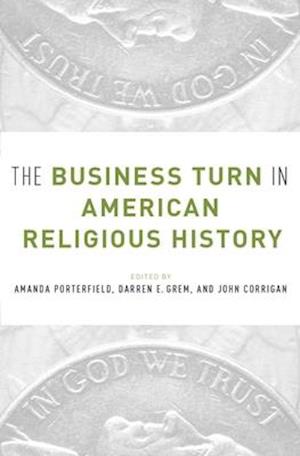 Business is an understudied area in American religious history that has profound implications for how we understand the popularity and ongoing transformation of religion in the US. This volume explores the business aspects of American religious organizations by analyzing the financing, production, marketing, and distribution of religious goods and services and the role of wealth and economic organization in sustaining and even shaping worship, charity, philanthropy,institutional growth and missionary work. Treating religion and business holistically, the essays show how business practices have continually informed American religious life. Laying important groundwork for further investigation, the essays show how American business has operated as a domain forachieving religious purpose that historians of religion often overlook. Even when critics denounce its corruption and fallen state, business occupies a central place in American religious life that merits better understanding. Historically, religion has been more powerful in America when interwoven with business.Chapters on Mormon enterprise, Jewish philanthropy, Hindu gurus, Native American casinos, and the wedding of business wealth to conservative Catholic social teaching indicate the range of new studies stimulated by the business turn in American religious history. Other essays show how evangelicals joined neo-liberal economic practice and right-wing politics to religious fundamentalism to consolidate wealth and power, and develop marketing campaigns and organizational strategies that transformedthe broader parameters of American religious life. All these essays stimulate new ways of thinking about American religious history, and about American success.Some essays in this volume expose the moral compromises religious organizations have made to succeed as centers of wealth and influence, and the religious beliefs that rationalize and justify these compromises. Other essays dwell on the application of business practices as a means of sustaining religious institutions and expanding their reach. Still others take account of controversy over business practices within religious organizations, and the adjustments religious organizations have made inresponse. Together, the essays collected here offer various ways of conceptualizing the interdependence of religion and business in the U.S., establishing multiple paths for further study of their intertwined historical development.