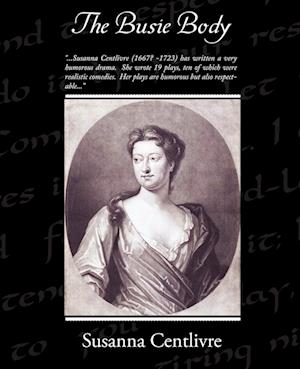 Susanna Centlivre (1667? -1723) has written a very humorous drama. She wrote 19 plays, ten of which were realistic comedies. Her plays are humorous but also respectable. She felt strongly that the audience could be entertained and the material kept clean. Centlivre borrowed the plot form three sources, The three sources for the play are: _The Devil Is an Ass_ (1616) by Jonson; _L'Etourdi_ (1658) by Moliere; and Sir Martin Mar-all or The Feigned Innocence_ (1667) by Dryden. In The Busie Body the character Marplot brings utter confusion to a series of couples who are attempting to woo. His well-intentioned efforts nearly derail all the romance