The Burgher and the Whore 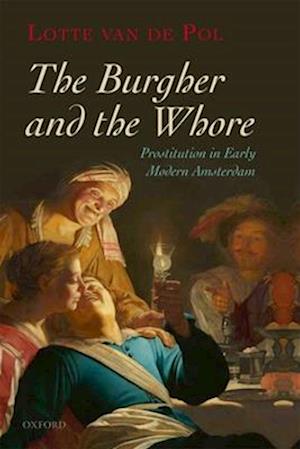 Amsterdam was, after London and Paris, the third largest city in early modern Europe, and was renowned throughout Europe for its widespread and visible prostitution. Delving deep into a wide range of sources, but making particular use of the transcripts of thousands of trials, The Burgher and the Whore reconstructs Amsterdam's whoredom in detail. The colourful and fascinating descriptions of the prostitutes, their bawds, their clients, and the police shednew light on the cultural, social, and economic conditions of the lives of poor women in a seafaring society. Lotte van de Pol explores how the vice trade was embedded in Amsterdam's society, economy, and judicial system, and how legislation and policing were shaped by misogynist attitudes towards women and fear of God's wrath and venereal diseases towards sex. The story concentrates on the people living at the margins of a rich metropolis, in which there was a large surplus of women, many of them poor immigrants with little prospect of marriage. Many changes are visible in the 150 years underscrutiny, including the view of prostitution from immorality to trade, and of prostitutes from whores and criminals to paupers. The result is a book that can be read as the history of the Dutch Golden Age from below.

Forfattere
Bibliotekernes beskrivelse Amsterdam's reputation as a city of prostitutes is age old.The Burgher and the Whore is the story of the red light district in the Golden Age, bringing to life the relationships between men and women, and providing a fascinating account of what it was like to inhabit the greatest city of its day. 13 b/w illustrations