The Builders of the Mogul Empire 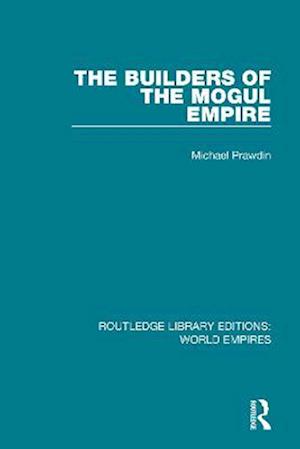 First published in 1963. The Moguls, the descendants of the Mongols, two and a half centuries later than Jenghiz Khan, created an empire that stretched from Persia to Burma and from the Himalayas to the centre of the Indian subcontinent. It was a creation almost more astonishing than Jenghiz Khan's own: an empire that was civilized and prosperous, and which left behind an artistic legacy that has been a wonder till this day.Michael Prawdin tells the story which begins with Babur, passes through the reign of Humayun, and finds its climax at the death of Akbar. By this time the empire was no longer a patchwork of incidental conquests dominated by the arms of foreign invaders, but a coherent landmass that had been welded into a co-ordinated state, ruled by one system of administration. The diverse lands had become so many different provinces, held together by a highly organized bureaucracy in which Mohammedans and Hindus were equally eligible to the highest posts, honours and privileges. Moreover, a new cultural synthesis of the Hindu and Moslem cultures had taken shape, and throughout the empire all peoples showed the same demand for knowledge, art, poetry and for refinements of all kinds.