The Broken Promise of Agricultural Progress 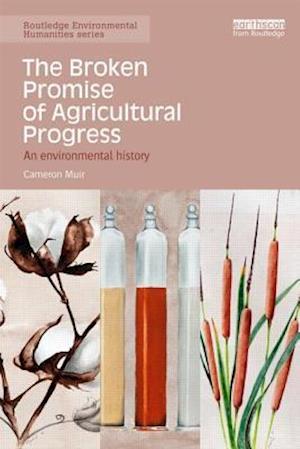 Food and the global agricultural system has become one of the defining public concerns of the twenty-first century. Ecological disorder and inequity is at the heart of our food system. This thoughtful and confronting book tells the story of how the development of modern agriculture promised ecological and social stability but instead descended into dysfunction. Contributing to knowledge in environmental, cultural and agricultural histories, it explores how people have tried to live in the aftermath of 'ecological imperialism'.The Broken Promise of Agricultural Progress: An environmental history journeys to the dry inland plains of Australia where European ideas and agricultural technologies clashed with a volatile and taunting country that resisted attempts to subdue and transform it for the supply of global markets. Its wide-ranging narrative puts gritty local detail in its global context to tell the story of how cultural anxieties about civilisation, population, and race, shaped agriculture in the twentieth century. It ranges from isolated experiment farms to nutrition science at the League of Nations, from local landholders to high profile moral crusaders, including an Australian apricot grower who met Franklin D. Roosevelt and almost fed the world.This book will be useful to undergraduates and postgraduates on courses examining international comparisons of nineteenth and twentieth century agriculture, and courses studying colonial development and settler societies. It will also appeal to food concerned general readers.