- BOOK III OF THE WORLDBREAKER SAGA 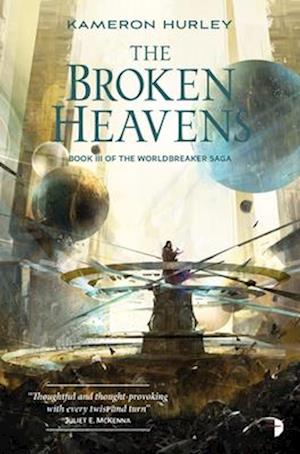 The Tai Mora - invaders from a parallel universe - have vanquished their counterparts and assumed control of the world called Raisa. The Saiduan are wiped out. The Dhai nation has broken apart. The remaining countries are in chaos.While the Dhai retreat and regroup, led by the recklessly headstrong Lilia, the Tai Mora begin to unravel the mystery of how to use the ancient Dhai holy places to harness the power of the stars and cement their tyrannical rule for another two thousand years. With more refugees from ravaged lands passing through the soft seams between worlds every day, time is running out for the Tai Mora and the last of the Dhai. Only one ruler, one nation, one world can survive. Who will be saved, and who will be sacrificed, when the heavens finally break? Back with a vengeance - and fearless, unapologetic writing - Hurley's visceral masterpiece finally reaches its world-shattering end...File Under: Fantasy [ Parallel Lives | Ruined Mothers | Zodiac War | Ultimate Sacrifice ]