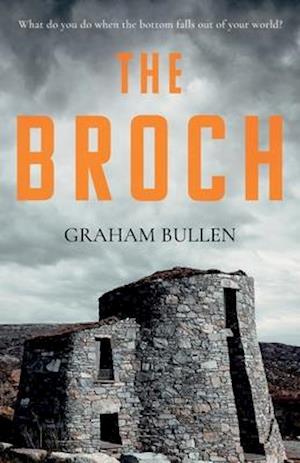 What happens when you have to deal with something devastating you cannot change? In Graham Bullen's The Broch, we follow the moving journey of a man running away from answers and towards the realities of his own mortality in the wilds of the Scottish Outer Hebrides.Martin, locked inside the prison of his recently acquired alcoholism, is on a quest to fulfil the promise of a holiday booked weeks before his wife's sudden death. He stays in the reconstruction of an Iron Age dwelling overlooking the white-sanded fringes of the North Atlantic. Twenty miles to his north lies The Clisham, a coastal peak from which he plans to end his life. We wrestle with the destruction of Martin's life plan; revelation, drunken misadventure, HBO boxsets and the best of the world's new whiskies await us. Events take a further turn when he stumbles upon a young woman lying next to a beached and dying whale, reluctantly taking her in. And Martin still has the seven remaining sachets of his wife's ashes to consecrate and consume, and the possibility of being tracked down by his grownup sons, before beginning what might be his final climb. With echoes of John O'Brien's Leaving Las Vegas (with the northern lights substituting for the neon), the twisted but hilarious adventures of Withnail and I, and the yearning of Dr. Zhivago for his Lara, The Broch is a page-turner you don't want to miss!

Forfattere
Bibliotekernes beskrivelse What do you do when the bottom falls out of your world, but dammit, no one's gonna get to know? In THE BROCH, a wry, touching week-long odyssey into the wilds of the Scottish Outer Hebrides, we follow one man running away from answers, and towards the realities of his own mortality.