The British Way of War

- Julian Corbett and the Battle for a National Strategy 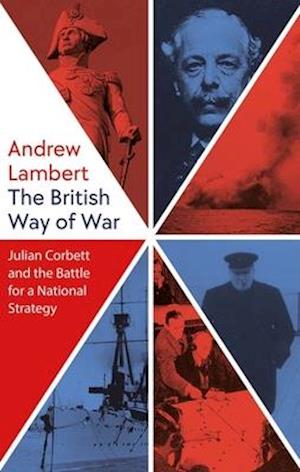 How a strategist's ideas were catastrophically ignored in 1914-but shaped Britain's success in the Second World War and beyond Leading historian Andrew Lambert shows how, as a lawyer, civilian, and Liberal, Julian Corbett (1854-1922) brought a new level of logic, advocacy, and intellectual precision to the development of strategy. Corbett skillfully integrated classical strategic theory, British history, and emerging trends in technology, geopolitics, and conflict to prepare the British state for war. He emphasized that strategy is a unique national construct, rather than a set of universal principles, and recognized the importance of domestic social reform and the evolving British Commonwealth. Corbett's concept of a maritime strategy, dominated by the control of global communications and economic war, survived the debacle of 1914-18, when Britain used the German "way of war" at unprecedented cost in lives and resources. It proved critical in the Second World War, shaping Churchill's conduct of the conflict from the Fall of France to D-Day. And as Lambert shows, Corbett's ideas continue to influence British thinking.