The British Film Institute, the Government and Film Culture, 1933-2000 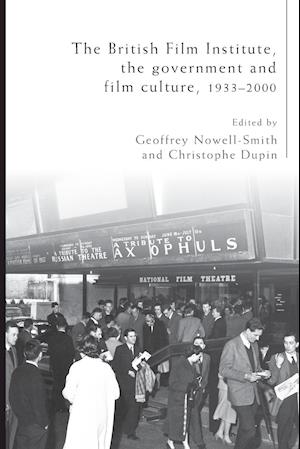 The British Film Institute (BFI) is one of the UK's oldest and most important government-supported cultural institutions. From a modest start in the 1930s it grew rapidly after the war to encompass every kind of film-related activity from production to archiving to exhibition to education. At the beginning of the twenty-first century its turnover was approaching GBP30m and it had become a central point of reference for anyone whose interest in film stretched beyond what's on at the local multiplex.There was nothing straightforward about this rise to prominence. It was achieved in the face of government indifference, active obstruction from the film trade, internecine warfare within the organisation and fierce contestation on the part of the BFI's own core public.Based on intensive original research in the BFI's own voluminous archives and elsewhere, this book examines the interplay of external and internal forces that led to the BFI's unique development as a multi-faceted public body. This volume will be a treasure trove for anyone interested in film and the workings of cultural institutions, or more generally in twentieth-century British film history. -- .