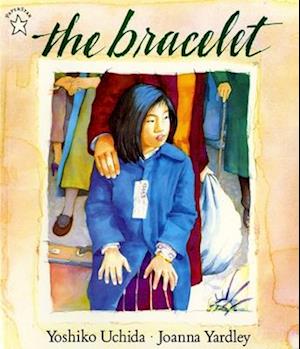 Yoshiko Uchida draws on her own childhood as a Japanese-American during World War II in an internment camp to tell the poignant story of a young girl's discovery of the power of memory. Emi and her family are being sent to a place called an internment camp, where all Japanese-Americans must go. The year is 1942. The United States and Japan are at war. Seven-year-old Emi doesn't want to leave her friends, her school, her house; yet as her mother tells her, they have no choice, because they are Japanese-American. For her mother's sake, Emi doesn't say how unhappy she is. But on the first day of camp, when Emi discovers she has lost her heart bracelet, she can't help wanting to cry. "How will I ever remember my best friend?" she asks herself.

* "Yardley's hushed, realistic paintings add to the poignancy of Uchida's narrative, and help to underscore the absurdity and injustice suffered by Japanese American families such as Emi's."--Publishers Weekly, starred review "Will find a ready readership and prove indispensable for introducing this dark episode in American history"--School Library Journal

Forfattere
Bibliotekernes beskrivelse In Uchida's poignant story about a young Japanese-American girl preparing to go to an internment camp with her family for the duration of the war who loses a cherished token of friendship, "Yardely's hushed, realistic paintings . . .) Full color.