- Denial Of A Nation 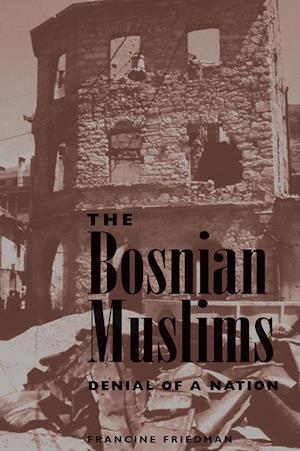 Although their plight now dominates television news worldwide, the Bosnian Muslims were until recently virtually unknown outside of Yugoslavia. Who are these people? Why are they the focus of their former neighbors' rage? What role did they play in Yugoslavia before they became the victims of ethnic cleansing? Why has Bosnia-Hercegovina, once a model of ethnic tolerance and multicultural harmony, suddenly exploded into ethnic violence?Focusing on these questions, Friedman provides a comprehensive study of this national group whose plight has riveted governments, the press, and the public alike. With a name reflecting both their religious and their national identity, the Bosnian Muslims are unique in Europe as indigenous Slavic Muslims. Descendants of schismatic Christians from the Middle Ages, they converted to Islam after the Ottoman conquest of Bosnia.The book follows them as they went from victims of crusades during the Middle Ages to members of the ruling elite within the Ottoman Empire; from rulers back to subjects under Austria-Hungary; and later subjects again, this time under the Serbs in the interwar Yugoslav Kingdom and the Communists after World War II. The Bosnian Muslims have survived through it all, even thriving during certain periods, most notably when they were recognized by Tito as a nation.Meticulously tracing their turbulent history and assessing the issues surrounding Bosnian Muslim nationhood in Yugoslavia, Friedman shows us how the mixed secular and religious identity of the Bosnian Muslims has shaped the conflict in which they are now so tragically embroiled.

Forfattere
Bibliotekernes beskrivelse Although their plight now dominates television news worldwide, the Bosnian Muslims were until recently virtually unknown outside of Yugoslavia. This meticulously researched, comprehensive book traces the turbulent history of the Bosnian Muslims and shows how their mixed secular and religious identity has shaped the conflict in which they are now so tragically embroiled.