The Books of Joel, Obadiah, Jonah, Nahum, Habakkuk and Zephaniah 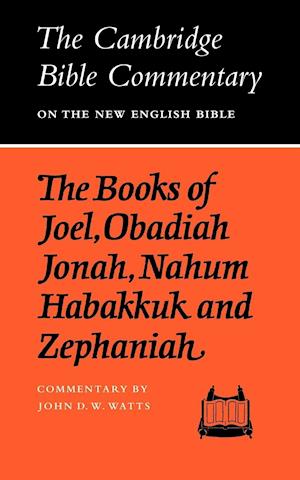 The six Old Testament books dealt with in this volume of the Commentary are part of a larger unit originally copied on one scroll and called, for the sake of simplicity, the books of the twelve or minor prophets. The prophetic visions, liturgies and oracles contained in the twelve books were collected over a period of more than 300 years and given their final shape not earlier than the middle of the fifth century BC. In his opening chapter Dr Watts provides the historical and liturgical background to the books and discusses the nature and role of prophecy in worship. In the style established for the series, the NEB translation of the text then follows, divided into brief sections alternating with sections of commentary. The results of Old Testament scholarship and modern theological though are conveyed to the student and the layman in simple language.