The Book of Travels 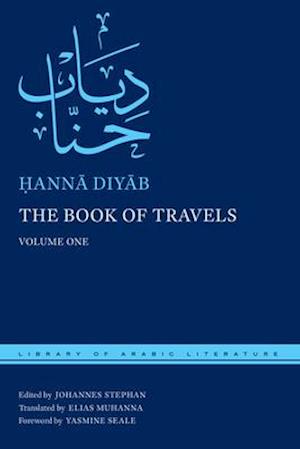 The adventures of the man who created AladdinThe Book of Travels is Hanna Diyab's remarkable first-person account of his travels as a young man from his hometown of Aleppo to the court of Versailles and back again, which forever linked him to one of the most popular pieces of world literature, the Thousand and One Nights.Diyab, a Maronite Christian, served as a guide and interpreter for the French naturalist and antiquarian Paul Lucas. Between 1706 and 1716, Diyab and Lucas traveled through Syria, Cyprus, Egypt, Tripolitania, Tunis, Italy, and France. In Paris, Hanna Diyab met Antoine Galland, who added to his wildly popular translation of The Thousand and One Nights several tales related by Diyab, including "Aladdin" and "Ali Baba and the Forty Thieves." When Lucas failed to make good on his promise of a position for Diyab at Louis XIV's Royal Library, Diyab returned to Aleppo. In his old age, he wrote this engaging account of his youthful adventures, from capture by pirates in the Mediterranean to quack medicine and near-death experiences.Translated into English for the first time, The Book of Travels introduces readers to the young Syrian responsible for some of the most beloved stories from The Thousand and One Nights.A bilingual Arabic-English edition.