The Book of Five Rings

- The Strategy of the Samurai 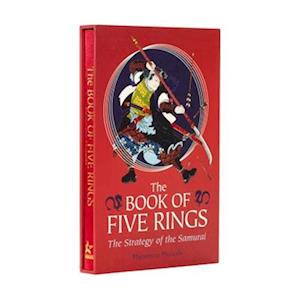 'When you attain the Way of strategy, there will not be one thing you cannot see.'

Shortly before his death in 1645, the undefeated swordsman Miyamoto Musashi retreated to a cave to live as a hermit. There he wrote five scrolls describing the "true principles" required for victory in the martial arts and on the battlefield. Instead of relying on religion or theory, Musashi based his writings on his own experience, observation, and reason.

The scrolls, published as The Book of Five Rings, have recently gained an international reputation in the business world as a means of resolving differences and achieving success. But their delineation of the psychological strength, rigorous self-control, and practical application necessary for dealing with physical and mental conflict also has a wider relevance and can be usefully applied to all our lives.