- a gripping thriller set in the teeming streets of contemporary Jakarta

indgår i serie A Dark Centre 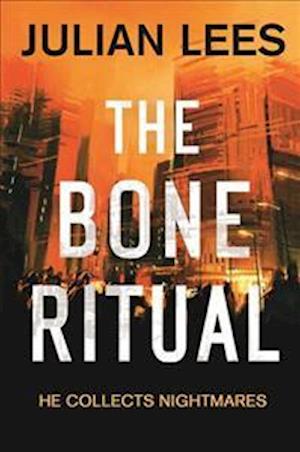 'Lees' strikingly descriptive writing transports you directly to the streets of Jakarta... this will make you want to book a flight right now' IndependentTaut and suspenseful, The Bone Ritual is the first in a crime series set in contemporary JakartaInspektur Ruud Pujasumarta has seen some gang-perpetrated horror crimes in his time, but the slum murder of a middle-aged woman he is called to is both horrifying and baffling. Mari Agnes Liem has not only been choked to death while tied to her bed, but the murderer has amputated her left hand and left a mah jong tile in her throat. And he has taken the hand with him.The only bright spot on Ruud's horizon is the imminent arrival of Imke Sneijder from Amsterdam, whom he hasn't seen for fifteen years, when they were both twelve-year-old neighbours before her family moved back to Holland.As Ruud and his department investigate Mari's murder, it isn't long before they have more than one corpse on their hands . . . and a serial killer to catch. And Ruud begins to realise that the current murderous spree may be linked to events which occured fifteen years ago, at about the time Imke left Indonesia . . .'Julian Lees' lush use of language conjures up the extravagant and the seedy sides of life in modern Jakarta and transports the reader to its steamy slums and palaces, ratcheting up the tension through myriad false trails, keeping the reader enthralled right up until the denouement' Crime Fiction Fix

Forfattere
Bibliotekernes beskrivelse Taut and suspenseful, The Bone Ritual is the first in a crime series set in contemporary Jakarta and featuring Inspektur Ruud Pujasumarta