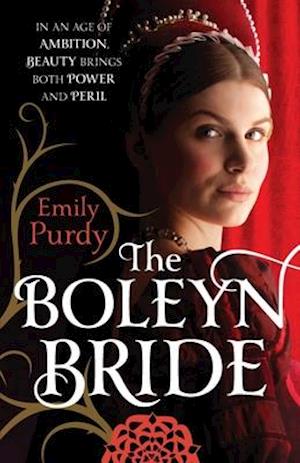 Sixteen, of noble birth and stunningly beautiful, Elizabeth Howard envisions a glorious life for herself as lady-in-waiting to the future queen, Catherine of Aragon. But when she is forced to marry Thomas Boleyn, a wealthy commoner, Elizabeth is left to stagnate in the countryside while her detested husband pursues his ambitions. There, she raises golden girl Mary, moody George, and ugly duckling Anne - while staving off boredom with a string of admirers. Until Henry VIII takes the throne . . . When Thomas finally brings his highborn wife to London, Elizabeth indulges in lavish diversions and dalliances - and catches the lusty king's eye. But those who enjoy Henry's fickle favor must also guard against his wrath. For while her husband's machinations bring Elizabeth and her children to the pinnacle of power, the distance to the scaffold is but a short one - and the Boleyn family's fortune may be turning...Praise for Emily Purdy:'[Purdy] succeeds in rendering Elizabeth both unforgettable and undeniably real.' Historical Novel Society 'It has been some time since I've been so captivated by a Tudor based historical novel. I have to admit to being somewhat burned out by the over saturation of the Tudors . . . however, The Boleyn Bride has renewed my interest. I highly recommend it.' The True Book Addict'Classic story of a woman scorned, who is after revenge of the most bloody kind.' Closer Magazine'A rollercoaster tale which gives a new and fascinating perspective on three young women who became hostages to fortune in a perilous and turbulent age.' Lancashire Evening Post'Nicely written, and full of lust, greed and intrigue, this is a book sure to earn Emily Purdy many new fans.'Bookwormink.co.uk