The Body in Late Medieval and Early Modern Culture 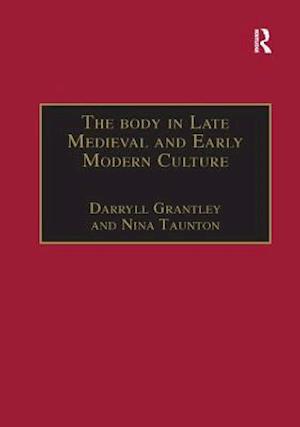 Taking as its chronological starting-point the female body of late medieval devotional literature, the volume moves on to a consideration of the representation of gendered bodies in later literature. It then proceeds to examine sixteenth-century occupational orderings of the (male) body in education, the civil service and the army, and involves explorations into a variety of rituals for the purification, ordering and disciplining of the flesh. It includes enquiries into the miraculous royal body, demon bodies, the 'virtual' body of satire, and ends the late seventeenth century with dramatic representations of the diseased body, and the grotesque bodies of travellers' tales as signifiers of racial difference. It pushes forward post-modern notions of the body as a site for competing discourses. It provides new dimensions to fantasies, rituals and regulations in narratives ('fictions') of the body as identifications of forms of knowledge unique to the early modern period. Each of the essays sheds new light on how these late medieval and early modern narratives function to produce specialized and discrete languages of the body that cannot be understood simply in terms, say, of religion, philosophy or physiology, but produce their own discrete forms of knowledge. Thus the essays materially contribute to an understanding of the relationship between the body and spatial knowledge by giving new bearings on epistemologies built upon pre-modern perceptions about bodily spaces and boundaries. They address these issues by analysing forms of knowledge constructed through regulations of the body, fantasies about extensions to the body and creations of bodily, psychic, intellectual and spiritual space. The essays pose important questions about how these epistemologies offer different investments of knowledge into structures of power. What constitutes these knowledges? What are the politics of corporeal spaces? In what forms of knowledge about spatial and bodily perceptions and p