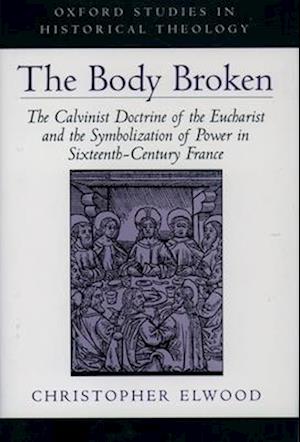 This study of controversy over the eucharist in sixteenth-century France argues that Calvinist interpretations of the Lord's Supper played a crucial role in the development of early modern revolutionary politics. Focusing on new understandings of signs and symbols conveyed in Protestant eucharistic writings, Elwood shows how eucharistic doctrine facilitated new conceptions of the nature of power and the relation between society and the sacred and contributed to thedevelopment of the divergent religious, social, and political ideals that threatened to destroy France in the second half of the sixteenth century.

Forfattere
Bibliotekernes beskrivelse Examines the disputes about the eucharist that were carried out in the popular press in 16th-century France. This book focuses on the way in which power is symbolized in eucharistic doctrine, and how representations of power in the context of theological discussion influenced understandings of power in other spheres of life.