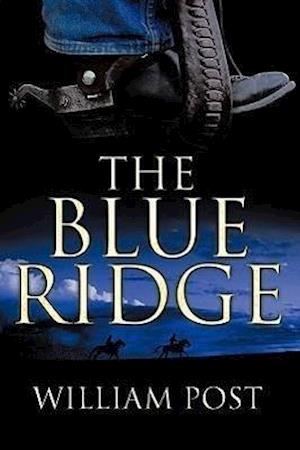 The Blue Ridge is of the Western genre which starts in the late eighteen hundreds in Texas and moves to Colorado. The Blue Ridge is on the northern side of the canyon carved by the Colorado River as it runs toward Glenwood Springs, Colorado. The story of the Buhler family and its feud with the Toms family runs throughout the story. After David Buhler dies his widow, Ruth, marries Dan Toms. After the first year of marriage Dan begins abusing Ruth and her two sons, Brett and Barney. The abuse reaches a point where Dan Toms beats Ruth so badly that the younger boy, Barney, puts a butcher knife into Dan killing him almost instantly. The older boy Brett buries Dan with all his belongings and no one else knows what has happened to Dan as Ruth is unconscious. Dan's disappearance festers with the Toms brothers especially the eldest, Sheriff Bob Toms, as he suspects that the Buhler boys knows what happened to Dan. Tom Mason, a retired U. S. Marshal, meets Ruth as she and the boys put their farm up for sale. The story moves at a rapid pace and has several romances laced through the story giving it spice. The five Toms brothers add excitement as does the goldmine adventures that both the Buhler/Mason and Toms family encounter.