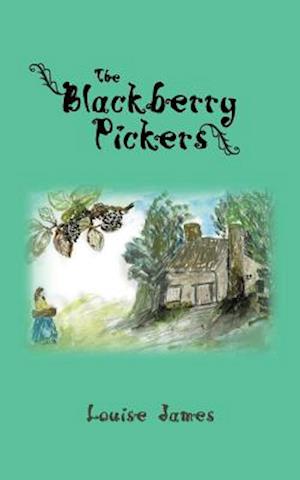 Set at the turn of the 19th and 20th centuries, this is the story of the orphaned Penry children, forced to flee from the cruel and unjust employment in north west Devon. Janet, the resourceful older daughter, takes charge of Amy and Tom, hiding them from their pursuers, and tending the injuries they have sustained from beatings and abuse. Janet heads for Cornwall, but is slowed by the pain and fever suffered by Tom from a dog bite in his leg. Amy too is suffering from a recent beating. They follow the Northern Coastal path but soon find themselves in danger from footpads who seek money, food and other diversions..... At the end of their endurance they are later rescued by a woman named Meg, who lives alone in an isolated cottage. She restores them to health, and finds them occupation with a distant relative who lives near Tavistock in Devon. They never reach their new home, however, because Jake, the pedlar who is taking them on his cart, stops to camp for the night and while the children are bathing in a nearby brook, is robbed and murdered. Terrified the three are once more on the run. Janet has lost the directions of where they were going. They are lost with nowhere to go. Janet sets her mind again on Cornwall, and after several days of hard walking they arrive at the small village of Indian Queens. Exhausted they stumble on a group of derelict houses deep in woodland. Travelsick and weary they settle in a cottage which is in reasonable repair. It is late summer and Janet gets them all blackberry picking for pies which she sells at the local inn. Later she makes more pies and cakes which she sells at St Austell market. Tom finds work with the charcoal burners, and a degree of security is achieved. Amy, however, always difficult causes more trouble by becoming pregnant by one of the charcoal burners, although only fifteen she is pushed into a hurried marriage. Janet falls in love with Geoffrey, younger son of the Hall, but when he proposes she become his mistress, while he marries another aristocrat, she rebuffs him. Amy has returned to the cottage because her mother-in-law is cruel. She later gives birth to a baby boy. Janet takes on a small shop in St Austell to sell her cakes and pies, but encounters several serious problems until she meets Madselin who becomes her friend and partner and they become successful. Janet meets Matthew, a handsome young vet who falls in love with her and helps with her business, but he has secrets of his own and it takes a nasty accident for Janet to know where her true feelings lie.