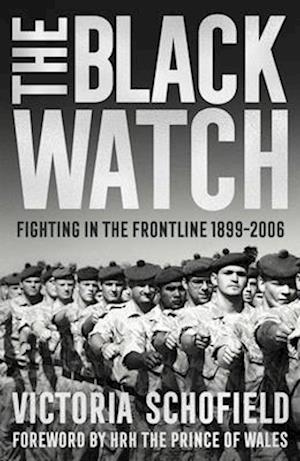 Formed into a regiment in 1739 and named for the dark tartan of its soldiers' kilts, The Black Watch has fought in almost every major conflict of nation and empire between 1745 and the present, and has a reputation second to none. Following on from The Highland Furies, in which she traced the regiment's history to 1899, Victoria Schofield tells the story of The Black Watch in the 20th and 21st centuries. She tracks its fortunes through the 2nd South African War, two World Wars, the 'troubles' in Northern Ireland and the war in Iraq - up to The Black Watch's merger with five other regiments to form the Royal Regiment of Scotland in 2006.

Drawing on diaries, letters and interviews, Victoria Schofield weaves the many strands of the story into an epic narrative of a heroic body of officers and men. In her sure hands, the story of The Black Watch is no arid recitation of campaigns and battle honours, but a rewarding account of the fortunes of war of a regiment that has played a distinguished role in British, and world, history.

Forfattere
Bibliotekernes beskrivelse The heroic and inspiring story of the fortunes of the Black Watch whose soldiers have distinguished themselves in theatres of war across the world.