The Black Book of the Admiralty 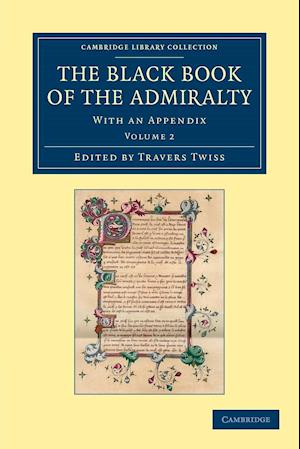 The Black Book of the Admiralty is a late medieval Old French manuscript containing a variety of documents relating to the administrative and legal responsibilities of the office of the lord high admiral, with later additions relating to the court of chivalry and the laws of war. The edition of this manuscript produced by Sir Travers Twiss (1809-97) between 1871 and 1876 filled only part of one of four volumes. The remaining content ranges from a late thirteenth-century borough custumal of Ipswich and other later medieval general custumals from south-west France, to a variety of different codes of maritime law also from south-west France, Catalonia, southern Italy, the Baltic and the crusader kingdom of Jerusalem. Volume 2 contains the custumal of the borough of Ipswich and late medieval coutumiers of the town of Royan and the commune of Oleron in south-west France, as well as collections of maritime legal customs also associated with Oleron.

Forfattere
Bibliotekernes beskrivelse For this four-volume set (1871-6), Sir Travers Twiss (1809-97) edited not just the titular Black Book, a late medieval English manuscript associated with the office of the lord high admiral, but also a wide variety of other medieval texts on maritime law drawn from the Atlantic, Mediterranean and Baltic seas. Worked examples or Exercises