The Birth of Theory 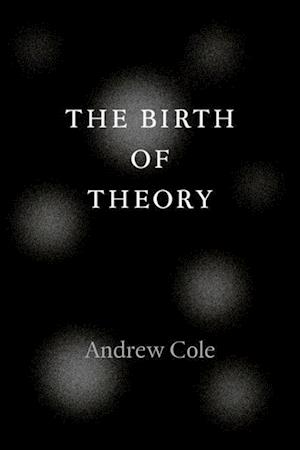 Modern theory needs a history lesson. Neither Marx nor Nietzsche first gave us theory-Hegel did. To support this contention, Andrew Cole's The Birth of Theory presents a refreshingly clear and lively account of the origins and legacy of Hegel's dialectic as theory. Cole explains how Hegel boldly broke from modern philosophy when he adopted medieval dialectical habits of thought to fashion his own dialectic. While his contemporaries rejected premodern dialectic as outdated dogma, Hegel embraced both its emphasis on language as thought and its fascination with the categories of identity and difference, creating what we now recognize as theory, distinct from systematic philosophy. Hegel also used this dialectic to expose the persistent archaism of modern life itself, Cole shows, establishing a method of social analysis that has influenced everyone from Marx and the nineteenth-century Hegelians, to Nietzsche and Bakhtin, all the way to Deleuze and Jameson. By uncovering these theoretical filiations across time, The Birth of Theory will not only change the way we read Hegel, but also the way we think about the histories of theory.With chapters that powerfully reanimate the overly familiar topics of ideology, commodity fetishism, and political economy, along with a groundbreaking reinterpretation of Hegel's famous master/slave dialectic, The Birth of Theory places the disciplines of philosophy, literature, and history in conversation with one another in an unprecedented way.