The birth of Judaism, between exegesis and Egyptology 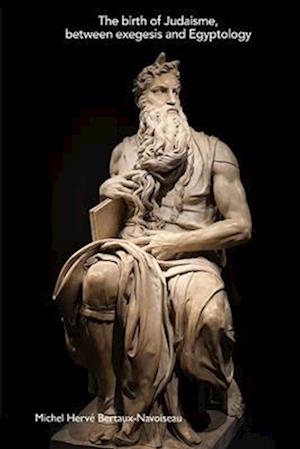 Why do the Ten Commandments and the Book of Deuteronomy not mention circumcision?

Why does chapter 34 of the Book of the Exodus rewrite and lengthily comment the Second Commandment?

Why did God promise Abraham the whole of Egypt in Genesis 15 and only Canaan in Genesis 17?

Why did God order Abraham an animal sacrifice in Genesis 15 and circumcision in Genesis 17?

Why, in that sacrifice, didn't Abraham cut the birds like the other animals?

Why didn't God order the excision of girls?

Why did God add a syllable to Abram's name?

Why didn't Moses want to circumcise his son?

Who was the pharaoh "who had not known Joseph"?

Why is there a contradiction between both faces of the Merenptah stele? History, archaeology, and exegesis answer those enigmas. Backing upon the works of Attias and Benbassa, Davidovits, Desroches Noblecourt, Freud, R mer, the Sabbah and Wald (Medicine Nobel prize) notably, this little book pays tribute to the Hebraic civilization created by Abraham and Moses. It confirms, on the one hand, that Abraham's peregrinations are a myth invented by the Jews in Babylon to hide their Egyptian origin (cf. R mer and the Sabbahs), on the other hand, that Akhenaten existed but not Abraham (cf. Secrets of the Exodus, Sabbah M. and R., 2000). It develops the discoveries of the Sabbah to enlighten the Torah by the history of the last five pharaohs of the 18th dynasty and the first four of the Ramesides, and vice versa. The Sabbah start from the archaeological report that the Hebrew, the sect of Akhenaten, left no trace in Egypt because they were Egyptians like the others. Followers of a monotheist heresy spurned by the pharaonic order, they had to go into exile and colonized Palestine. They back upon multiple elements: three archaeological proofs, Biblical data, and intercultural comparisons. The latter were reinforced by those of Le Fabuleux h ritage de l' gypte (Desroches Noblecourt, 2004). Adopting the same historiographical approach of intercultural comparisons and reminding, like them, that the Egyptians invented the alphabet, the famous Egyptologist ended with the criticisms of pseudo-scientific dishonesty. We gathered five other archaeological proofs and several Biblical ones. R mer (Coll ge de France) saluted our first finding: the Second Commandment is not content with resuming as it was the religious revolution of Akhenaten: monotheism, prohibition of idols and images; it prohibits and represses sexual mutilation. That makes the Sinai Alliance a revolution by comparison with the moralizing puritanism imposed upon Abraham and Hebrew baby boys. Our interpretations concerning the circumcisions of Moses' son and Abraham followed that spark. Then came that of the Covenant of Genesis 15, in which "God" promised Abram not the land of Canaan but all Egypt. Then, it was the discovery of the apocryphal character of Exodus 34, created from scratch to refute that Exodus 20: 5 forbids and represses feminine an masculine sexual mutilation. The origin of Judaism takes a new light. Contrary to the mutilator and warlike Judaism, the religion of Abraham and Moses was a religion of peace and respect of the body.