The Biopolitics of Gender 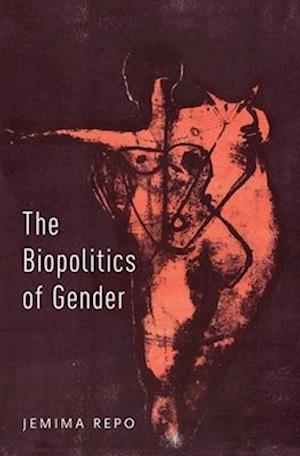 Michel Foucault identified sexuality as one of the defining biopolitical technologies of the nineteenth and twentieth centuries. As Jemima Repo argues in this book, "gender" has come to be the major sexual signifier of the mid-twentieth and early twenty-first century. In fact, in this historical excavation of the biopolitical significance of the term, she argues that it could not have emerged at any other time. Repo shows that gender is not originally a feministterm, but emerged from the study of intersex and transsexual persons in the fields of sexology and psychology in the1950s and 1960s. Prior to the 1950s gender was used to refer to various types of any number of phenomena - sometimes sex, but not necessarily. Its only regular usage was in linguistics,where it was used to classify nouns as masculine, feminine, or neuter. In the mid-twentieth century, gender shifted from being a nominator of types to designating the sexual order of things. As with sexuality in the Victorian period, over the last sixty years, the notion of gender has become an entire field of knowledge. Feminists famously took up the term in the 1970s to challenge biological determinism, and in government, "women" have been replaced by "gender" in policy-making processes thataim to advance equality between women and men. Gender has also become a key variable in social scientific surveys of different socio-political phenomena like voting, representation, employment, salaries, and parental leave decisions. The Biopolitcs of Gender analyzes the strategies and tactics ofpower involved in the use of "gender" in sexology and psychology, and subsequently its reversal and counter-deployment by feminists in the 1970s and 1980s. It critiques the emergence of gender in demographic science and the implications of this genealogy for feminist theory and politics today. Drawing on an a wide variety of historical and contemporary sources, the book makes a major theoretical argument about gender as a historically specific apparatus of biopower and calls into question theemancipatory potential of the category in feminist theory and politics.

Forfattere
Bibliotekernes beskrivelse This book theorizes the idea of gender itself as an apparatus of power developed to reproduce life and labor. From its invention in 1950s psychiatry to its appropriation by feminism, demography and public policy, the book examines how gender has been deployed to optimize production and reproduction over the past sixty years.