The Bible Onscreen in the New Millennium 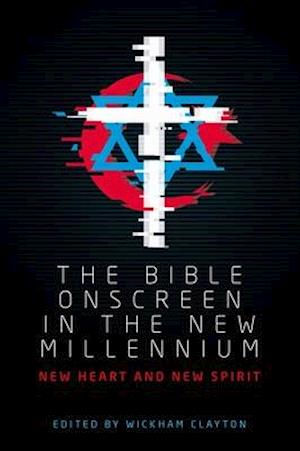 The remarkable commercial success of Mel Gibson's The Passion of the Christ in 2004 came as a surprise to the Hollywood establishment, particularly considering the film's failure to find production funding through a major studio. Since then the Biblical epic, long thought dead in terms of mainstream marketability, has become a viable product. This collection examines the new wave of the genre, which includes such varied examples as Darren Aronofsky's Noah (2014) and Ridley Scott's Exodus: Gods and Kings (2014), along with the telenovelas of Latin America. Such texts follow previous traditions while appearing distinct both stylistically and thematically from the Biblical epic in its prime, making academic consideration timely and relevant. Featuring contributions from such scholars as Mikel J. Koven, Andrew B. R. Elliott and Martin Stollery, and a preface from Adele Reinhartz, the book will be of interest to students and scholars of film, television and religion. -- .

Forfattere
Bibliotekernes beskrivelse With contributions from major scholars such as Mikel J. Koven and Martin Stollery, and a preface by Adele Reinhartz, this collection looks at the new wave of Biblical adaptations from The Passion of the Christ (2004) onwards, taking a range of theoretical positions. -- . 28 black & white illustrations