The Bible and Zionism 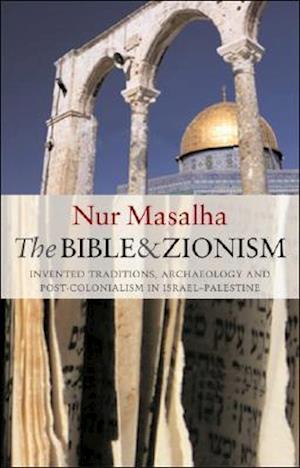 Does the bible justify Zionism? Since the foundation of the Israeli state in 1948, Torah and tank have become increasingly inseparable, resulting in the forced expulsion and subjugation of millions of indigenous Palestinians.Nur Masalha's groundbreaking new book traces Zionism's evolution from a secular, settler movement in the late 19th century, to the messianic faith it has become today. He shows how the biblical language of 'chosen people' and 'promised land' has been used by many Christian and Jewish Zionists as the 'title deeds' for Israel, justifying ethnic division and violence. With Edward Said, Masalha argues that a new politics of peace can only be achieved through a single, democratic state, which replaces religious zealotry with secular equality.

Forfattere
Bibliotekernes beskrivelse Investigates the Biblical justification for Zionism and charts the historical rise of Zionism since its 19th century roots. Providing a contribution to the argument for a single democratic and secular Israeli state, this book shows how the biblical language of 'chosen people' and 'promised land' is used to justify ethnic division and violence.