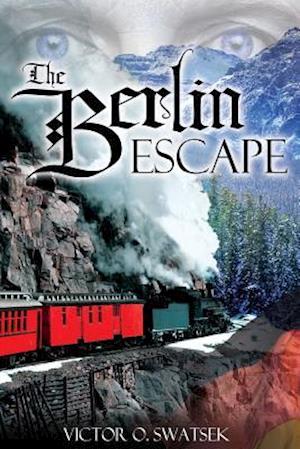 This is the story of an individual who survived in a concentration camp because he was chosen due to his unique skills, to create counterfeit English Banknotes. He survived by sheer instincts alone. He escaped one night, while being transported by train to Moscow by a Russian General. He made his way from north of Berlin, Germany to Marseilles, France. From there he boarded a ship that took him to New Orleans. He started building his empire slowly and methodically. However, periodically someone from his previous life would appear, and caused him to consider surrounding himself with individuals who could support him as well as protect him. After some considerable time, he had such a team. He created opportunities for himself and two of his closest family members. Even though they were not his biological children, he treated as if they were. They received the finest education and he watched over them with pride. In the coming years, he would call on them to share in his wealth, by distributing responsibility for some of his companies to them. Rick and Liz finally were married and lived on the Monarch Ranch in Colorado. Each of them would go through a "trial-by-fire" adventure and always succeeded. Walter was ecstatic at their accomplishments and as a result gave them more responsibility. However, there were people from his current as well as his past life that has wanted to kill him. Walter developed a network of friends to would supply him information about almost anything in the world. One of his adventures took him to Egypt. A special ceremonial crown was created that was given to an Egyptian woman named Nephritides in the year 14 B.C. It was comprised of solid gold, encrusted with diamond, ruby and emerald jewels. Very few people had ever seen it. However, there had been rumors about its existence ever since an unusually small and nondescript pyramid was discovered on the outskirts of Luxor, Egypt. In 1934, it was found close to the Gulf of Suez, hidden by the sand dunes that engulfed it completely by sand storms many times over the course of thousands of years. Once the sands were sufficiently removed, they saw a unique door. Hieroglyphics were cut deep into the red clay-like limestone rock of the front door of the pyramid. At the same time in Paris, here was an individual in Paris known as Apollinaris Bonnaire, but her inner circle called her Apollo. However, what most people didn't know was that she led one of the largest criminal organizations in Europe. She lived on the outskirts of Paris, in a palace that she called Chateau de Carlson. This was her haven and her headquarters to conduct her business. Very few people were ever allowed into her inner sanctum. She had only women guarding her, and they were proficient in all the various self-defense and assassination techniques. In her world, she was almost invisible. All her associates were single, with no family to distract them from their training and their work. She was given a contract to kill Walter Donleavy and Rick and Liz. This was a deep rooted revenge killing.