The Beguine, the Angel, and the Inquisitor

- The Trials of Marguerite Porete and Guiard of Cressonessart 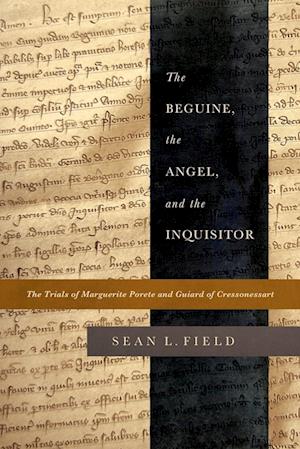 On 31 May 1310, at the Place de Gr ve in Paris, the Dominican inquisitor William of Paris read out a sentence that declared Marguerite "called Porete," a beguine from Hainault, to be a relapsed heretic, released her to secular authority for punishment, and ordered that all copies of a book she had written be confiscated. William next consigned Guiard of Cressonessart, an apocalyptic activist in the tradition of Joachim of Fiore and a would-be defender of Marguerite, to perpetual imprisonment. Over several months, William of Paris conducted inquisitorial processes against them, complete with multiple consultations of experts in theology and canon law. Though Guiard recanted at the last moment and thus saved his life, Marguerite went to her execution the day after her sentencing. The Beguine, the Angel, and the Inquisitor is an analysis of the inquisitorial trials, their political as well as ecclesiastical context, and their historical significance. Marguerite Porete was the first female Christian mystic burned at the stake after authoring a book, and the survival of her work makes her case absolutely unique. The Mirror of Simple Souls, rediscovered in the twentieth century and reconnected to Marguerite's name only a half-century ago, is now recognized as one of the most daring, vibrant, and original examples of the vernacular theology and beguine mysticism that emerged in late thirteenth-century Christian Europe. Field provides a new and detailed reconstruction of hitherto neglected aspects of Marguerite's life, particularly of her trial, as well as the first extended consideration of her inquisitor's maneuvers and motivations. Additionally, he gives the first complete English translation of all of the trial documents and relevant contemporary chronicles, as well as the first English translation of Arnau of Vilanova's intriguing "Letter to Those Wearing the Leather Belt," directed to Guiard's supporters and urging them to submit to ecclesiastical authority.